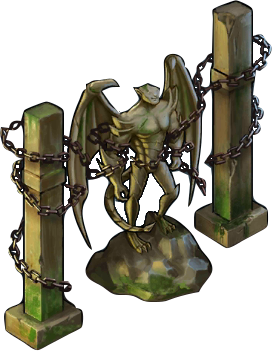 The Boss of Bosses - A powerful boss awaits you. Prepare yourself and don't loose control.

Pressure Play - The boss can not regenerate their health but they are still strong. Push hard to see their demise.

A Big Boss awaits You - A Big Boss is anxious to destroy your heroes on the 6th stage of each level. Defeat that bully.

Think before you Leap - You cannot use the same hero twice per level. Select your heroes wisely.

Re-re-Reset - You can reset the progress of the stages and all heroes will be usable by pressing the reset button. You get one free "Reset" per day.

Up and Onwards - When you have defeated the boss, press the "Next" button to proceed onwards.

Raising the Bar - Raise the difficulty, increase the rewards.

Time Bonus - Complete the last level at its highest difficulty to receive a Time Bonus. Finish at record time to increase your Time Bonus reward. 3 minutes will be added to your time record every time you lose in the boss stage. Only the final level can be reset after defeating the boss.

Besides the daily challenge the player gets the following rewards depending on what level they are battling.

Retrieved from "https://dragonsoul.fandom.com/wiki/Boss_Battle?oldid=13020"
Community content is available under CC-BY-SA unless otherwise noted.